Magni is a family of entrepreneurs in the metal-processing industry who have been active since 1950. Pietro Magni, tractor mechanic and repairman and manufacturer of agricultural vehicles and later of tower cranes for the construction industry, founded Fargh SpA in 1972, together with his sons Ricardo and Giorgio, and his daughter Franca. Their goal was to design and build hydraulic cranes. In 1980 he made the first telescopic forklift truck in Europe, the Fargh 4000 FS with patented fork arm. In 1981, Ricardo Magni succeeded his father who died due to a work-related accident. Ricardo Magni developed the Fargh 5000 RT and the Fargh 3000 RT from that first prototype. These were highly revolutionary models that were to form the basis of a joint venture with the Manitou group. It lasted over 27 years and ended in May 2009. During this long period, Riccardo Magni expanded the company to an enormous enterprise with over 40 national and international patents, all related to telescopic handlers and rotating telescopic handlers which, after the joint venture, remained in the hands of the French company. In the second half of 2012, Ricardo Magni repeated what his father had done 30 years previously and which had led to the founding of a large company: he founded Magni Telescopic Handlers srl, together with his sons Carlo and Eugenio and his daughters Carlotta and Chiara. 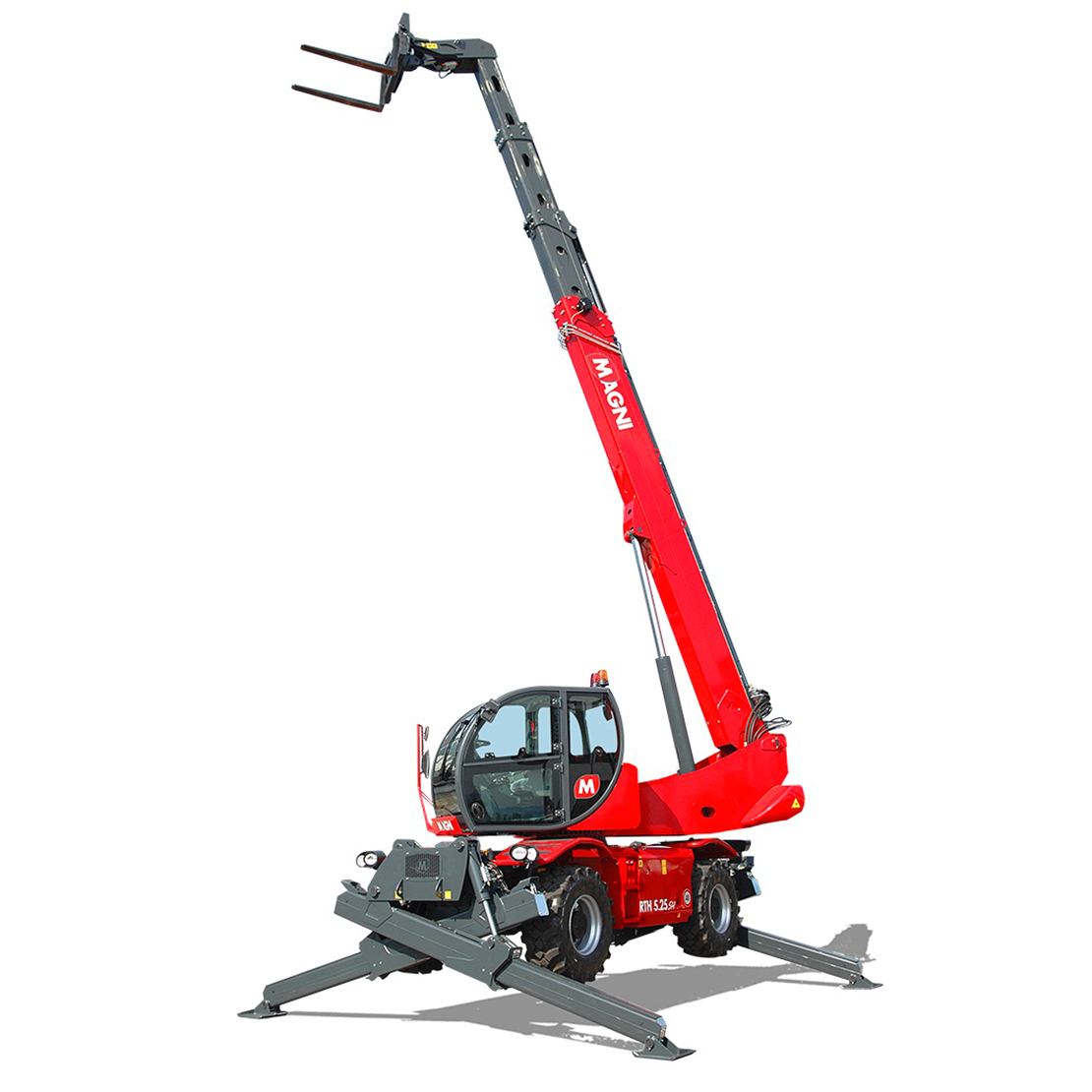