Collé Rental and Sales successfully contribute to the construction of the North/South Line.

The construction of the Noord/Zuidline (the North/South Line) in Amsterdam started in 2003. From 2018 onwards 180,000 passengers spread around 8 stations will be making daily use of this new metro connection. Collé Rental and Sales have supplied a number of machines used in the completion of this billion-euro project in the heart of Amsterdam.

With the construction of no fewer than 6 new metro stations (Europaplein, De Pijp, Vijzelgracht, Rokin, Noorderpark and Noord), connections to existing stations and the construction of a metro tunnel under the IJ, the new line with its total length of around 10 kilometres will have a massive impact on the city of Amsterdam. 3.1 kilometres of the line are contained in a newly driven double tunnel. The drilling machines (named Gravin, Noortje, Molly and Victoria) progressed at a rate of 8.5 to 12 metres a day, at depths of nearly 30 metres below ground level.

During the project Collé Rental & Sales provided machines used in the construction of the stations, the tunnel boring and the installation of the tunnel walls. We proved ourselves as a valuable partner throughout the project, capable of thinking matters through with the contractor. Our expertise enabled us to provide a range of solutions in response to requests for machinery. We looked carefully at every requirement, supplying modified machinery where necessary. Several of our telescopic fork lifts, scissor lifts and articulated mobile elevating work platforms were taken underground via working shafts and used over an extended period. Given the location in the congested heart of Amsterdam the delivery of the machinery to site threw up several challenges. As well as making deliveries during the least busy periods we also chose to transport machines along Amsterdam's canals, using a pontoon.

Few of the 180,000 passengers using the tunnel every day will have any conception of what has gone on underground over the last decade and a half. The completed Noord/Zuid line will make a substantial contribution to the economic development of the city of Amsterdam, accessibility around the region and access to the city centre. Thanks to Collé. 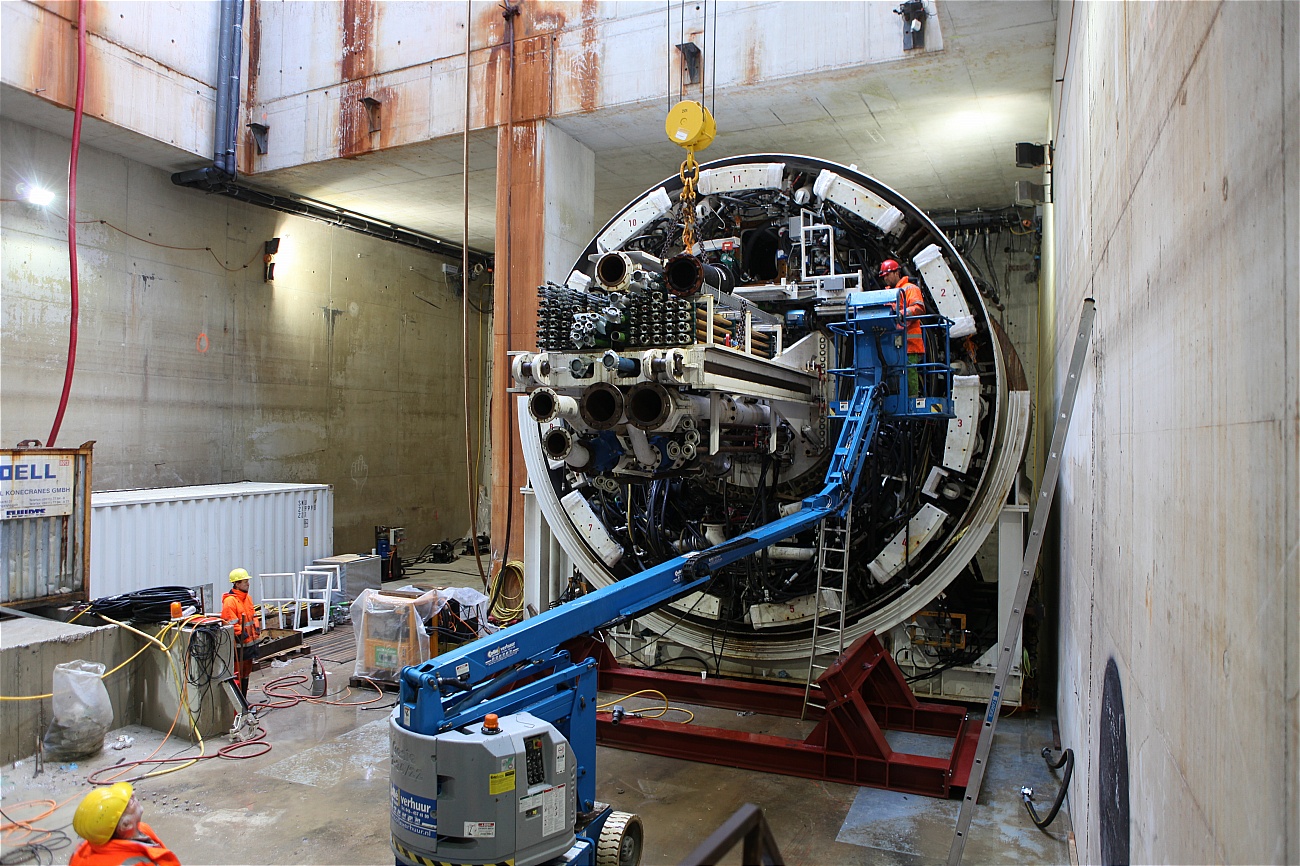